Google is updating its algorithms used to rank its search results so that offending pages are more likely to get lower placings.

For its part, Google said the move should make using some of its results less frustrating.

“Pages that show intrusive interstitials [elements that cover the content] provide a poorer experience to users than other pages where content is immediately accessible,” it blogged.

“This can be problematic on mobile devices where screens are often smaller.” 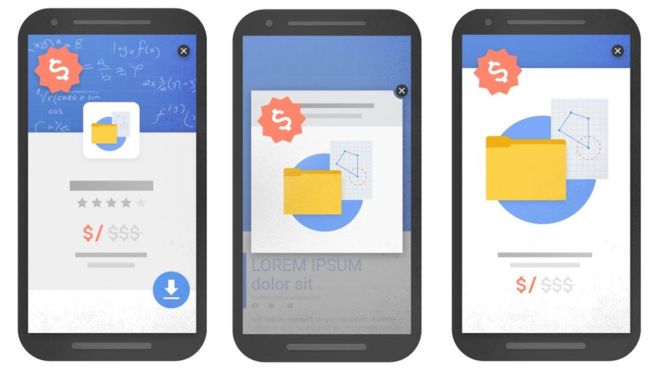 The California-based company gave three examples of practices it wanted to discourage:

For the most part, Google is targeting overlays that gray out the content beneath them to prevent you from reading a website, either for a few seconds or until you find and very carefully tap a little X to dismiss them. These count regardless of whether they load immediately after a page is opened or whether they appear after scrolling a certain distance. On top of that, it sounds like Google will also count ads that create the effect of a pop-up without actually being a pop-up, by taking up most of the page after a site is loaded.

Google will, however, make some exceptions.

Pop-ups that alert readers to the use of cookies are still permissible, for example, as are ones that require log-in details to let visitors get behind a paywall. 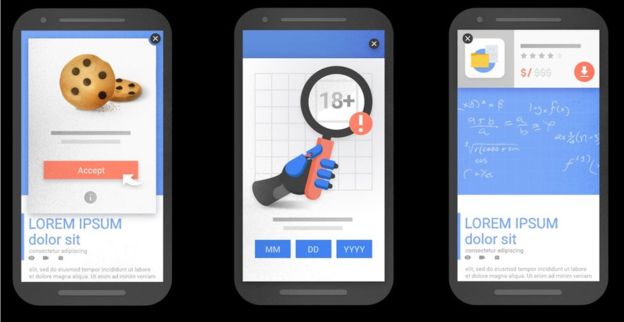 “Google is one of the largest advertising companies in the world, but it’s in a very different position to Facebook, Snapchat and other global media consumption apps,” said Daniel Knapp, senior director of advertising research at the IHS consultancy.

“Google is still very reliant on the desktop and mobile web to make money, and it’s much more difficult to clean up that experience than the native app environments.

“That’s why it needs to tighten the screws on everyone with this crackdown.”
Source: BBC News & www.theverge.com

How Can We Help?

How do you know if you need a new website?
Scroll to top